On the eve of a significant step

The Cuban parliament shall approve in the next hours the proposal of a new Working Code, which has been widely discussed by general public in their work places in the last 6 months, after made public in its first reading.


According to Paquito’s blog –who is now at the Assembly’s sessions and has access to the documents– the version circulating among the parliamentarians contains an explicit reference on sexual orientation in its article 2, as a cause of discrimination in the worker’s place, under a new section entitled “Equality at work”.
If this is the case, we are on the eve of a significant step at Cuban legislation, as it will be the first time in the history of Cuba when there is a bill explicitly protecting the rights –specifically at their working environment– of the people who have decided to live openly in contrast with heterosexual norms.
We are not talking here about a few people. The recent census lost the opportunity –due to the last minute action of a homophobic official– to know the number of persons who could be benefited by this measure. However, some studies abroad has estimated this group of people in about 10% of general population, so we are talking about more than one million Cubans.
Although it was regrettable that the initial proposal didn’t include this aspect –ignoring the politicy aims agreed by the Party at its 2012 Conference– justice has been made, highlighting that it was included because of the demands of the population during general debate.
Not a few people has told me that this issue was put forward during the debates at their union meetings, in Havana and other provinces, with a favorable reception… and nothing has fall down, there hasn’t been a seismic activity and no one has threatened to quit the union as a result of it.
From this perspective it also constitutes a valuable step, because it was the citizenship participation which has brought this issue to the legislation. It happened without any public action, because –as expected– national media haven’t said a word about it during the several press coverage they have made to this process in the last months.
Something like this make us think in two things: it may be a demonstration that the perception of the Cuban people about sexual orientation is changing, slightly for good, and that people has lost their fear to talk about it and to defend openly this rights. Then we are also talking about an important step against patriarchal power in Cuba.
It will also be an action of historic fairness ¿How many people we know that haven’t had access to a job, or have left their profession, due to homophobic actions? ¿How many we know who has suffered in silence all their lives, or have taken more radical decisions –emigration or even suicide– as a result of homophobia?
It is clear that this step brings more challenges. Among them, the necessary changes in regulations not to leave the new Working Code to fall on deaf ears. It is still pending the subject of “gender identity”, because –although people don’t understand it– trans people may not be homosexuals… and they are still out of this piece of legislation. Besides, there’s still an urgent need of a wide and effective education among the population about respect to sexual rights.
In May 2013 the ILGA map recognized that 66 countries have adopted explicit protection rules over these peoples. Cuba might be the number 67 and keep taking new significant steps… because it is important to work out on policies protecting rights of all peoples –including sexual orientation, as it was made at the 2012 Party Conference–, but it is more important to make them real by law.
Publicado por Camilo García López-Trigo el viernes, diciembre 20, 2013 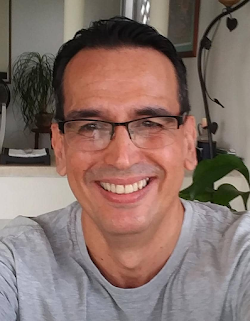